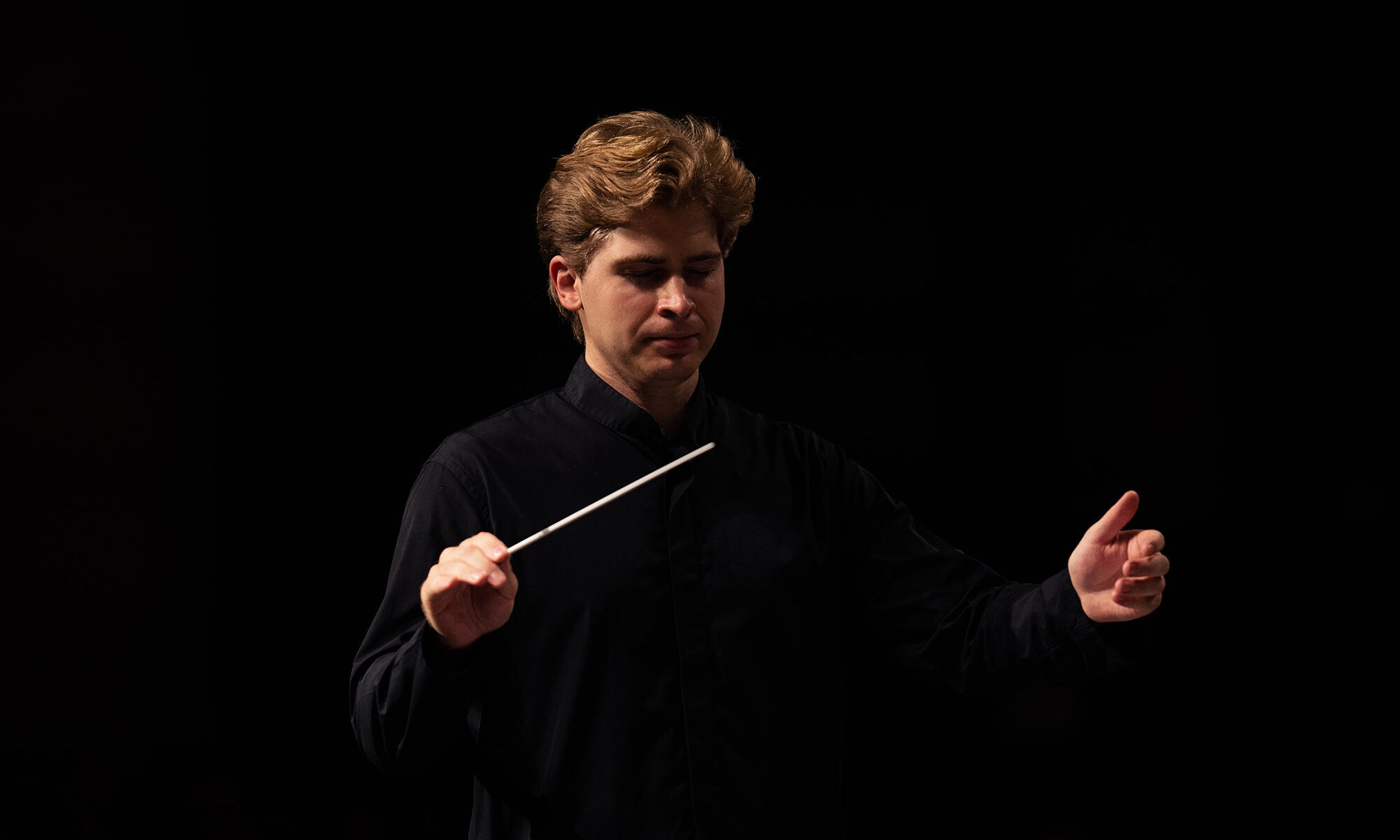 British-born conductor Henry Kennedy was recently invited to replace Riccardo Muti, to conduct excerpts of Verdi’s Nabucco in concert performances at Teatro Galli, Rimini and Teatro Alighieri, Ravenna with the Orchestra Cherubini and Coro Cremona Antiqua. This had directly followed 10 days of intensive study with Muti on Nabucco, as part of the “Italian Opera Academy” held at the Prada Foundation in Milan. Prior to this, he was selected as one of eight semi-finalists for the Herbert von Karajan Young Conductors Award held in Salzburg.

Henry formed his own orchestra, the Resonate Symphony Orchestra in 2017 and it has grown to become one of the leading young London ensembles. As Music Director, he has curated and conducted a number of diverse programmes in some of London’s most prominent concert halls. The orchestra has performed such varied works from Bach’s double piano concerti and Bruckner’s Third and Fourth Symphonies to Shostakovich’s monumental Leningrad Symphony.

Outside of the Resonate Symphony Orchestra, he has conducted in various settings the Deutsche Oper Orchestra, Berlin and both the Austrian Ensemble for Contemporary Music and Mozarteum Orchestra in Salzburg. Moreover, he has assisted conductors such as Marin Alsop, Sir Mark Elder, Edward Gardner, Thomas Sondergard, Jac van Steen and John Wilson, in the recording studio, opera house and concert hall with a variety of orchestras around the world.

For a number of years Henry has been principally mentored by Colin Metters, Christopher Seaman, Christian Thielemann and David Zinman in both opera and symphonic repertoire.

Henry graduated with Distinction from the Royal Academy of Music on their Master of Arts course, under the tutelage of Sian Edwards. He was also awarded the Norma Simpson Award in recognition of his outstanding studentship and contribution to the Academy. Before his conducting studies, Henry studied clarinet at the Academy as an undergraduate, gaining a huge amount of experience as an orchestral player, chamber musician and soloist.

In his spare time, he enjoys cycling around his hometown in the Shropshire Hills and reading Russian literature.